“About an hour before the tsunami hit, Corea said, people at Yala National Park observed three elephants running away from the Patanangala beach.”  - National Geographic News, January 2005.
For years, there has been evidence that wild animals are more in tune with their natural environments than humans are. After every natural disaster, there always seems to be a story of how the elephants ran, the flamingos found higher ground minutes before, and the dogs refused to go outside. In early 2005, among the bodies and debris, it was noted that very little animal carcasses were found on the beaches of India in the aftermath of the tsunami, in a normally highly populated area for wild animals. Strange animal behavior prior to the tsunami was reported instead. Natural Disasters, they happen.

The Tsunami of 2004, Katrina 2005, Haiti Earthquake, 2010, and the Tsunami of Japan 2011---they happened, and more will happen.
Our Earth is growing, moving, flowing, changing and so much more, based on climate change, pollution, and the natural evolution of our planet. With the increase of disasters in recent years, we have no clue what is going on.  And we have no warning; we've lost our sense to tell. However when it happens, everything becomes surreal, abstract. Then we heal. And we move forward.

This series of Natural Disasters shows just that. Each disaster is abstractly imitated through action and color, and then stitched up to show the days after.  Just like the wounds on your body---we will heal and move on. This series was created to spark a conversation about our changing planet and inspire the future to look at our new reality with love.  Even if it presents itself in a chaotic mess. 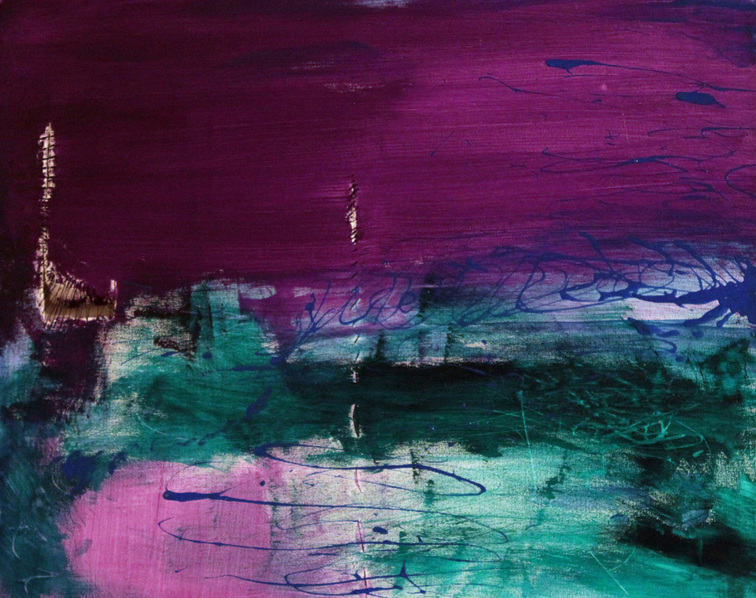 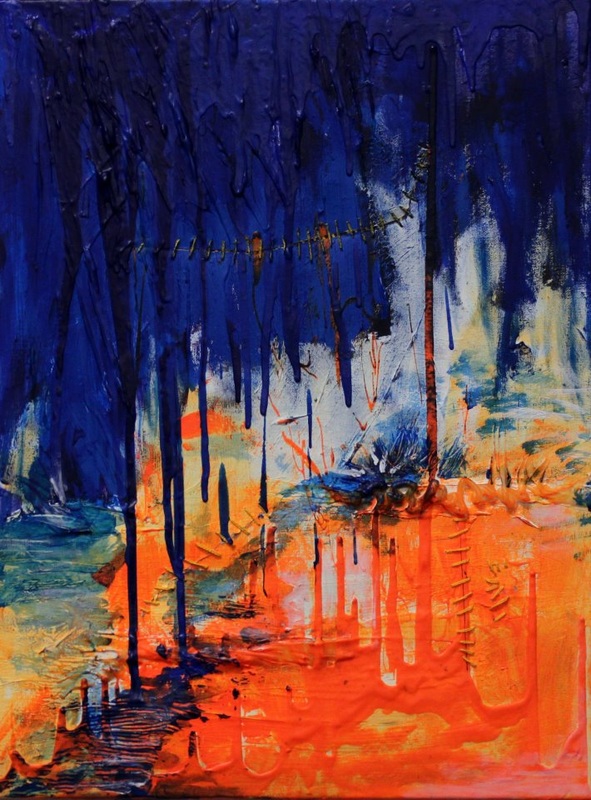 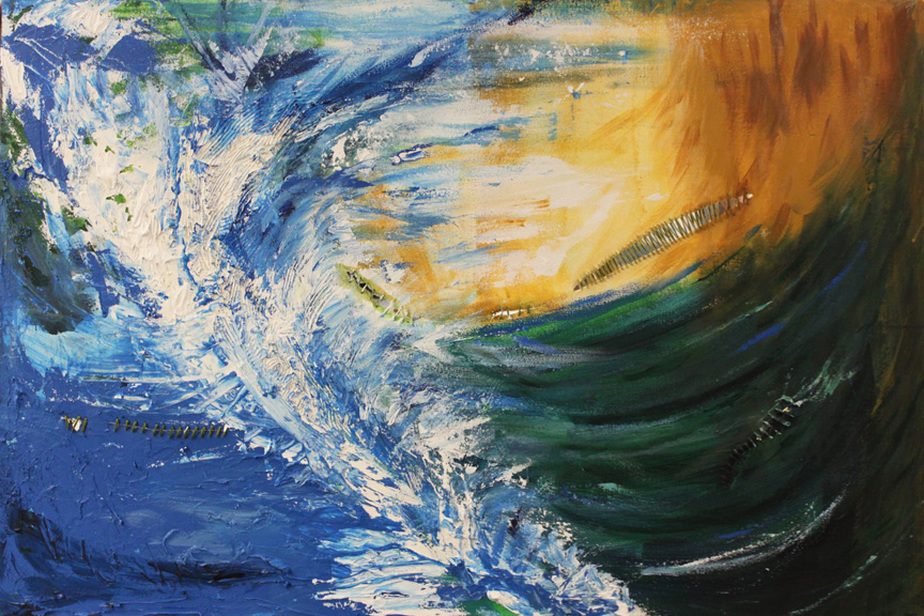 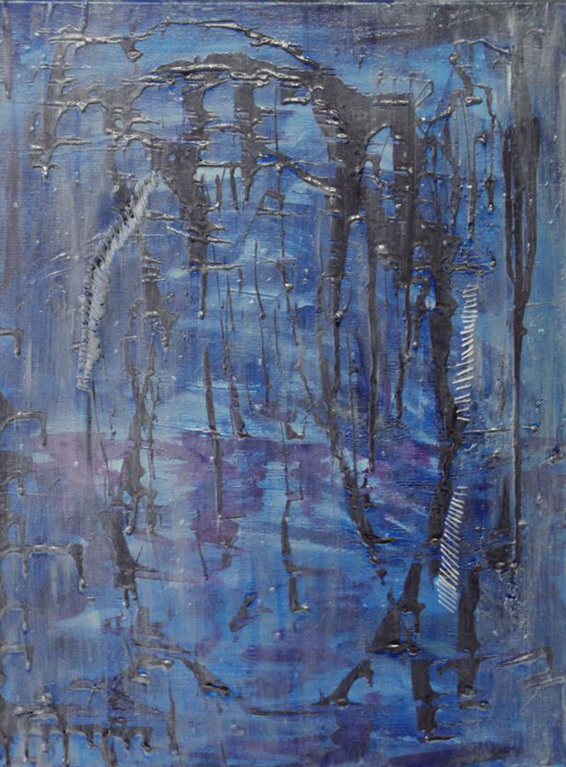 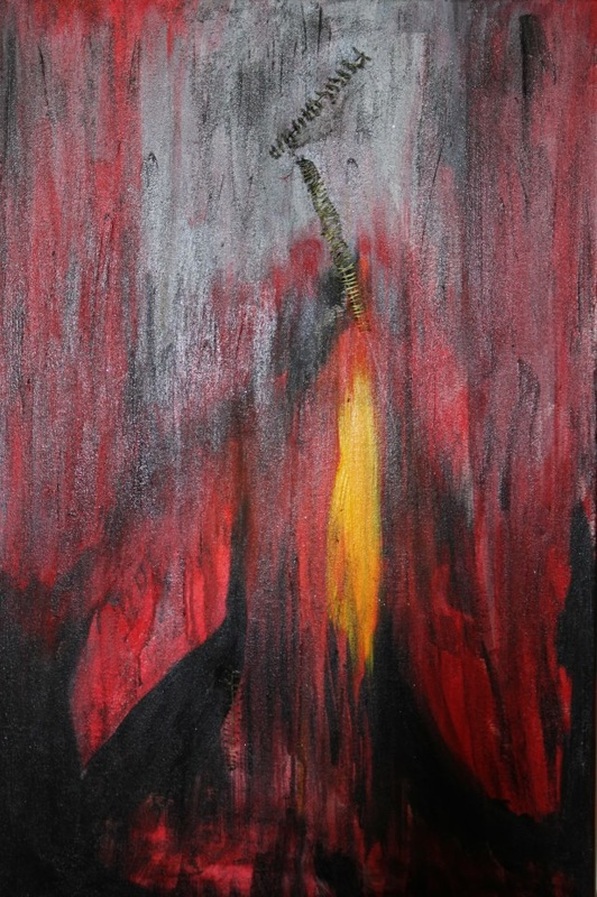 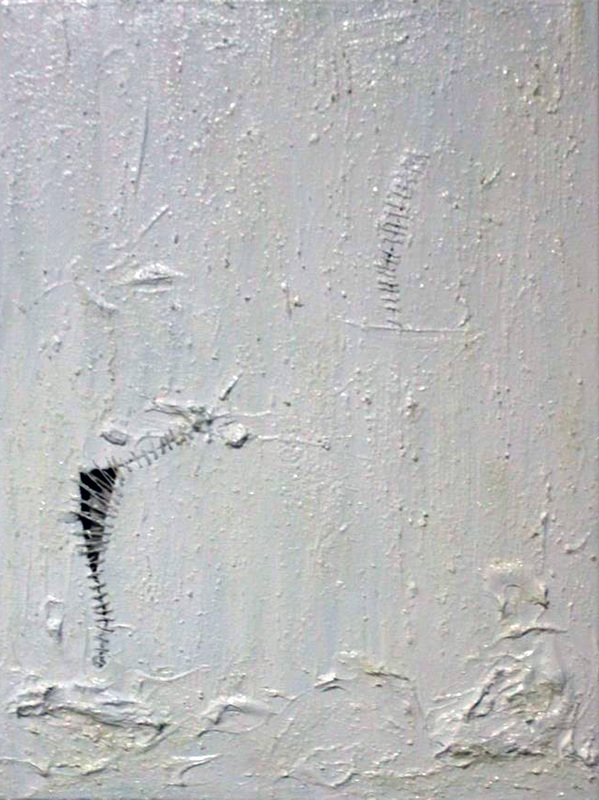 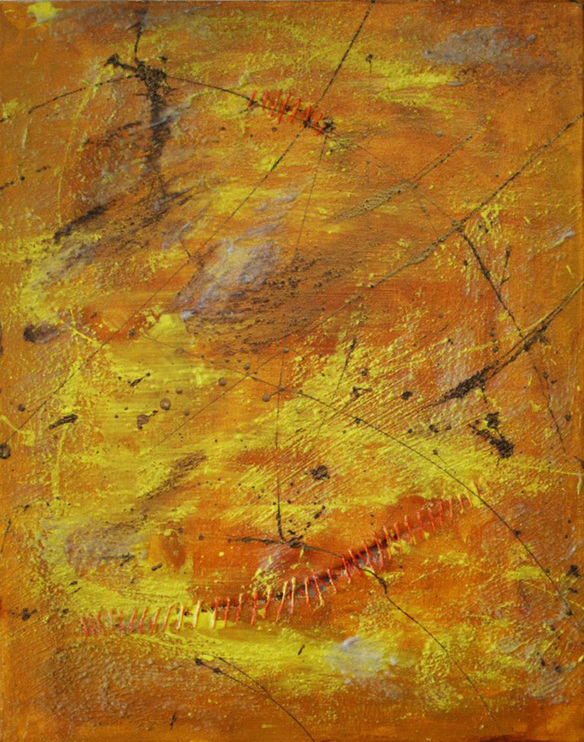 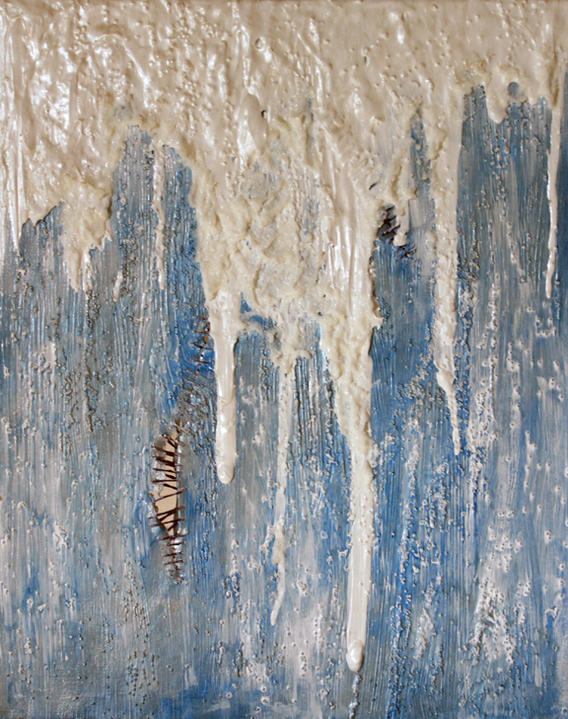 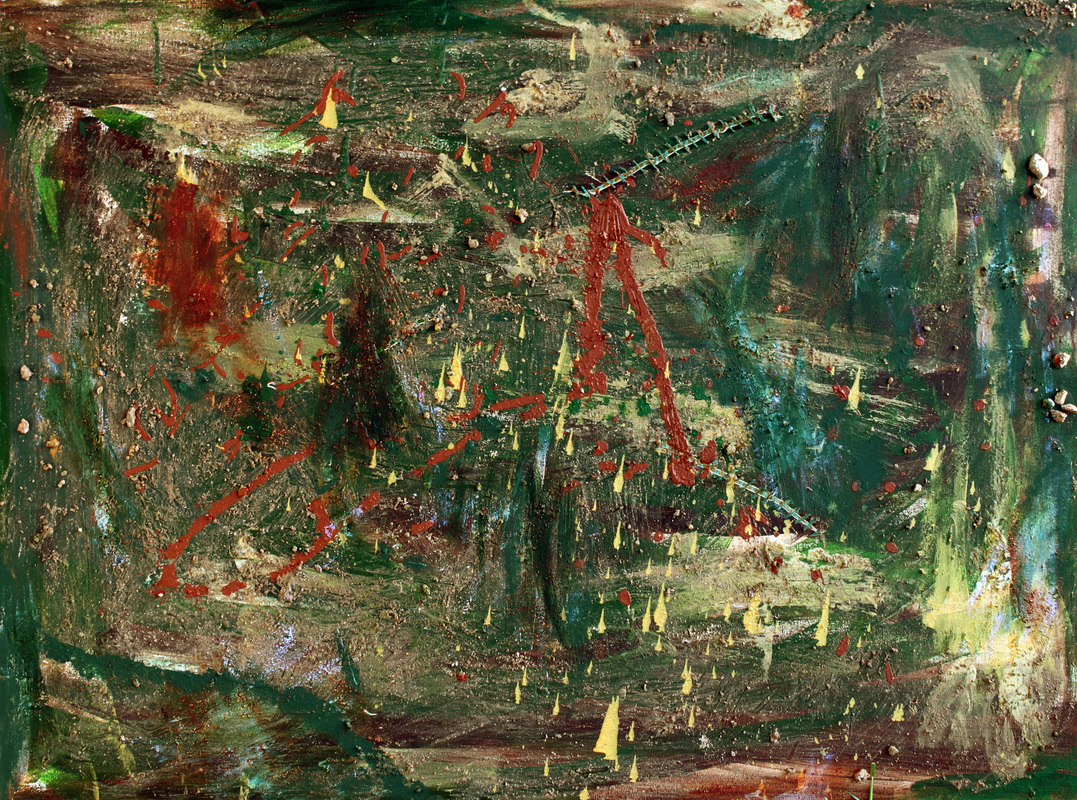 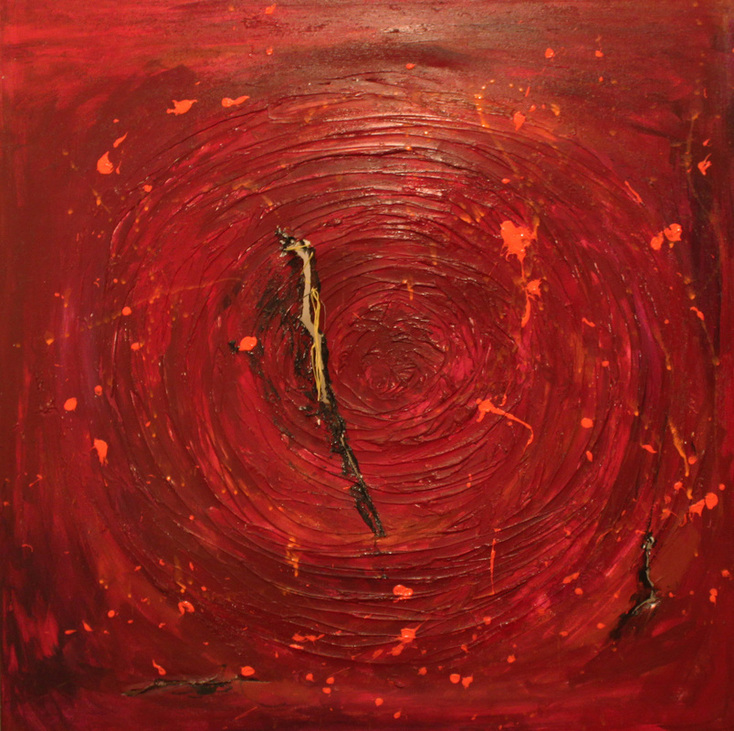 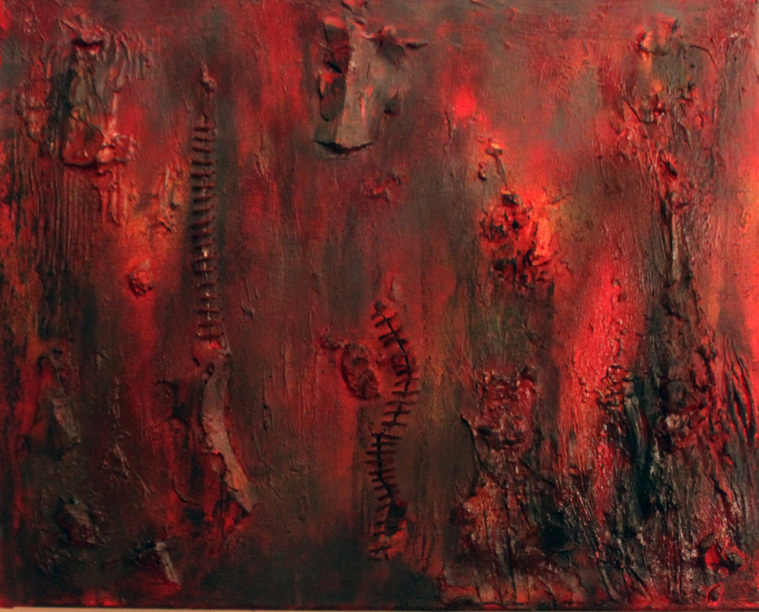 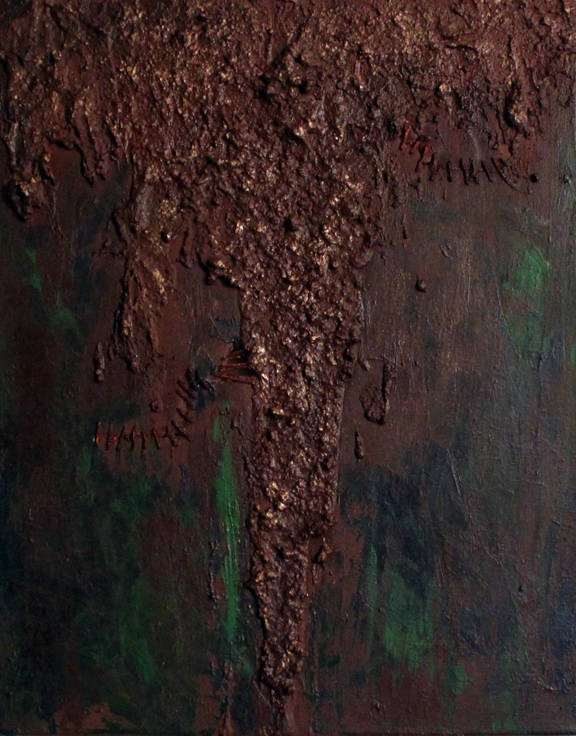